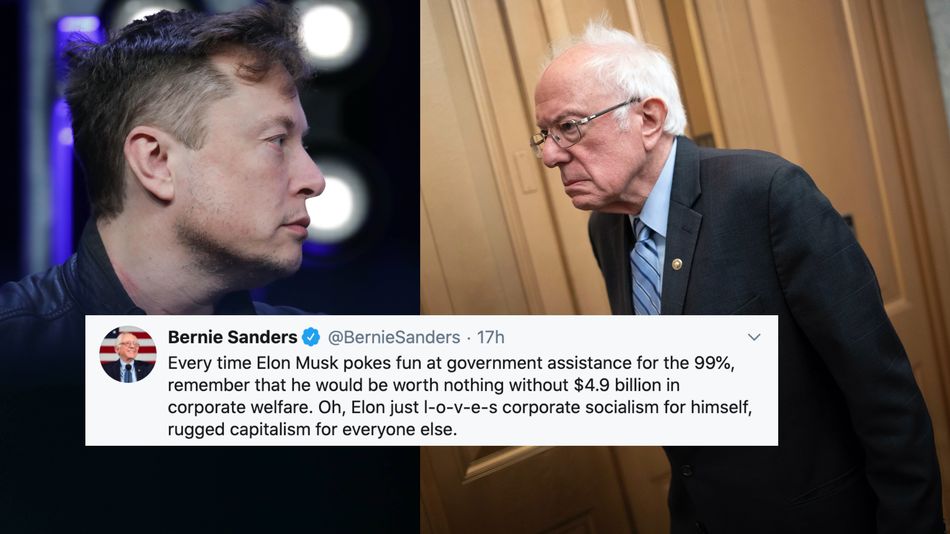 Musk’s seeming inability to think before tweeting (or his desire for attention) bit him in the ass Friday night when he attempted a dunk on Sanders. The beefing started when Musk replied on Twitter to an article about a bill proposed by the Vermont senator that would create a one-time tax for the country’s billionaires to cover the out-of-pocket medical costs for millions of Americans for one year.

The Make Billionaires Pay Act (co-sponsored by Sens. Ed Markey, D-Mass, and Kirsten Gillibrand, D-NY) would tax the wealth windfall increases accumulated by the 467 richest Americans from March 18 through Jan. 1, 2021. From February through May 2020, an estimated …