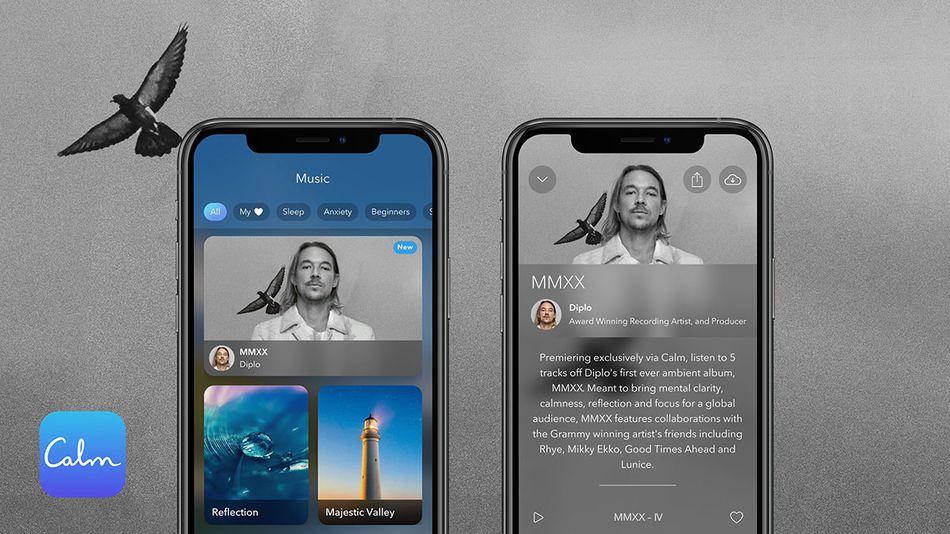 2020 has been a year of surprises and that’s putting it mildly. And one of those surprises comes in the form of Diplo — the award-winning EDM producer and DJ — debuting songs from his new album on Calm, the meditation app.

Diplo’s new songs aren’t the classic nightclub bangers that we’ve come to associate with him, though. His latest musical offering is an ambient album entitled MMXX — 2020 in roman numerals — and he’s chosen to exclusively premiere five tracks via Calm.

In-keeping with the title of the album, the tracks are also titled in roman numerals. One track features Rhye, and another features Mikky Ekko. …