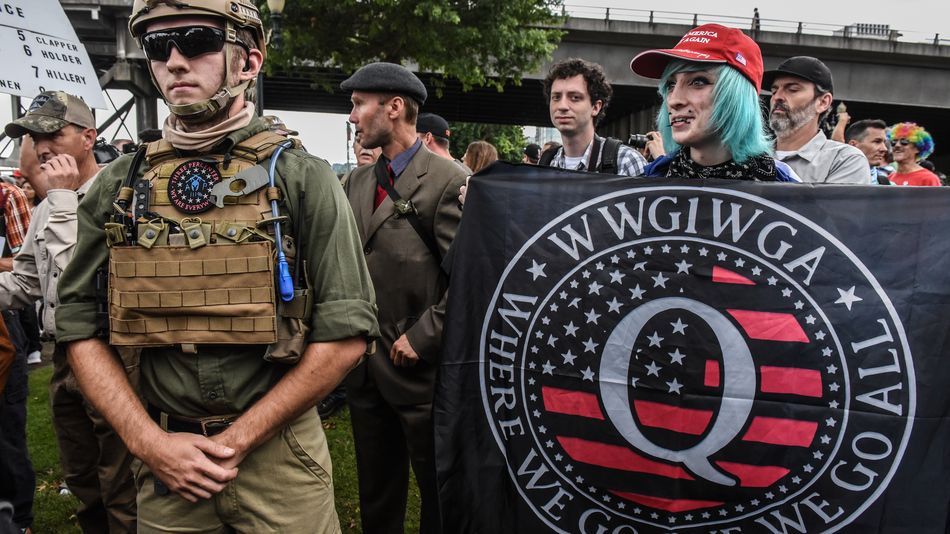 One is a conspiratorial pro-Trump movement that believes Hollywood celebrities and the Democratic Party run a global, satanic child-sex-trafficking ring. The other is a protest movement featuring antifacist activists who sometimes get a bit violent when defending communities, like Charlottesville, Virginia, from white supremacists.