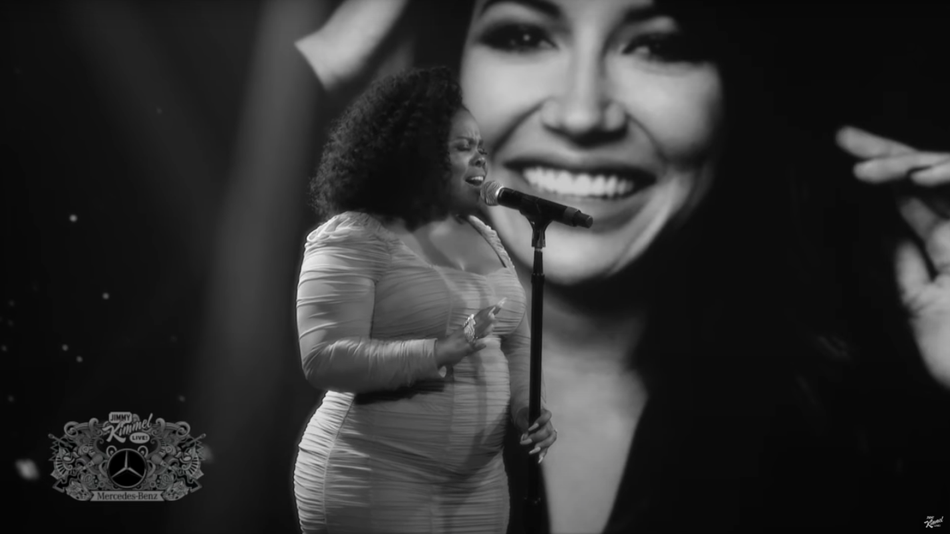 Glee star Amber Riley has performed a moving tribute to her friend and co-star Naya Rivera, who died in July at just 33 years old in an accidental drowning.

Riley, who starred with Rivera on the musical comedy series for years, performed her new song “A Moment,” in tribute to her friend on Jimmy Kimmel Live! amid a photo montage.

“Not too long ago we both lost a really amazing friend in a tragic accident and we both will miss her forever,” says guest host Lil Rel Howery before introducing Riley.