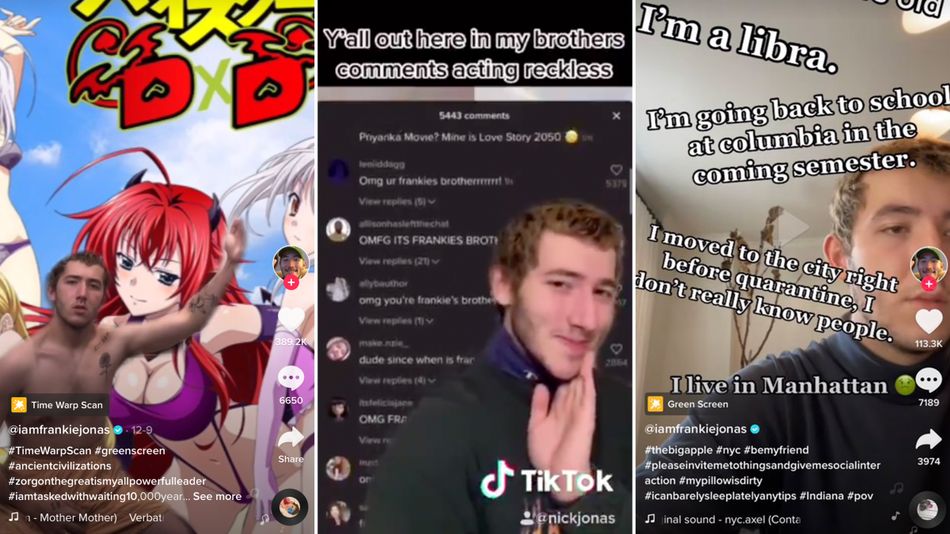 Frankie Jonas has had his share of stardom, including voicing one of the main characters in the Studio Ghibli film Ponyo and making an appearance in Camp Rock 2: The Final Jam, which starred his brothers, but for the most part has lived in the shadow of his older brothers’ musical success. Now, the 20-year-old college student is making a name for himself with his delightfully unhinged TikTok presence.  …