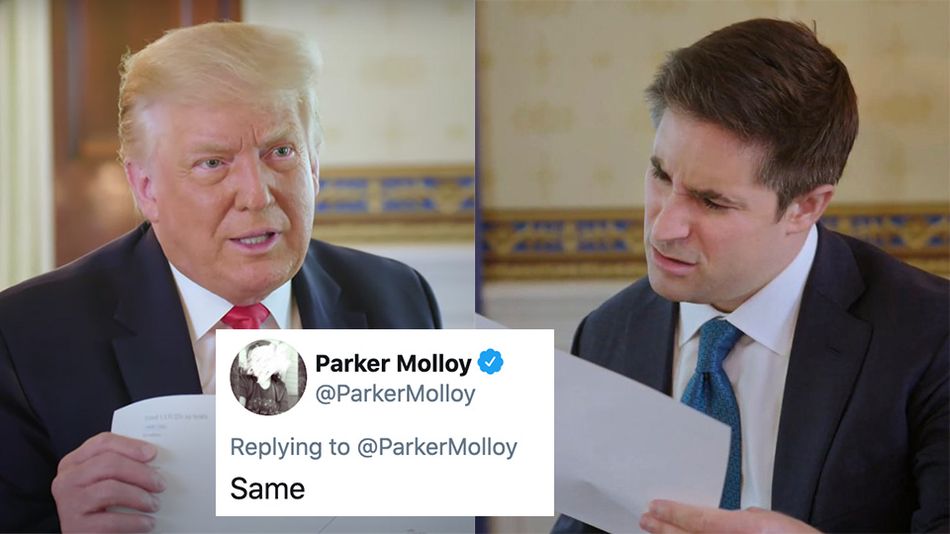 Fresh from a chat with Fox News host Chris Wallace that didn’t exactly paint him in a great light, the president decided to sit down opposite Axios journalist Jonathan Swan on Monday — and, lo and behold, things were even worse this time around.

Not only did Trump double down on his well-wishes for accused child sex trafficker Ghislaine Maxwell, he also attempted to explain away the horrendous U.S. coronavirus death toll with some more charts that not even he appeared to fully understand.

Sitting opposite him, meanwhile, was Axios journalist Jonathan Swan, whose reactions are nothing short of gobsmacked throughout the interview. …