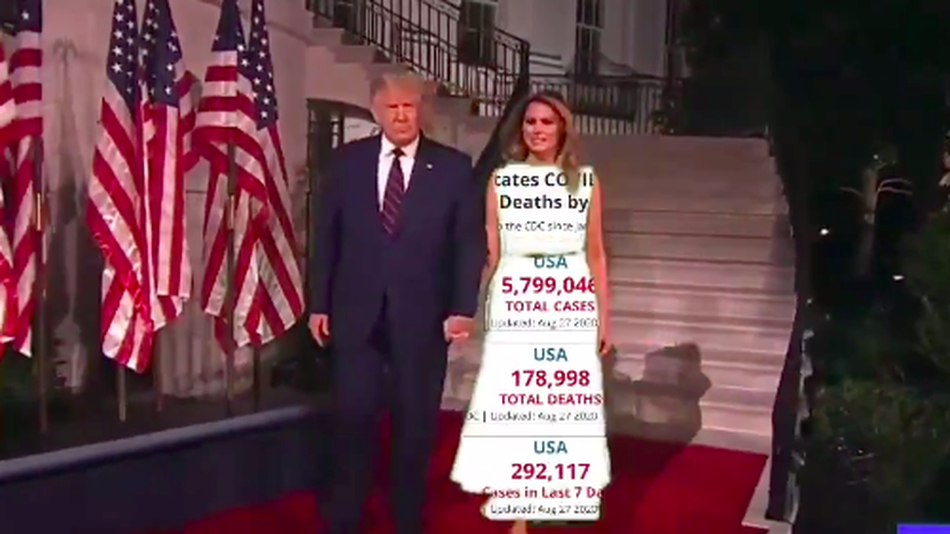 It’s hard to Be Best when you’re surrounded by racist stepchildren, ethical violations, and sweaty old white men, so Melania Trump decided to Be Memes instead.

After turning up for her own speech on Wednesday in a decidedly militaristic khaki getup (because we know she loves a khaki statement piece), the First Lady returned to the final night of the Republican National Convention in green again.

An odd, clashy choice, not just against the red party and the red carpet and the red and blue flags arrayed behind her in their dozens, but also because the pleated Valentino gown is the exact shade of eye-blistering electric lime used for green screen effects. …