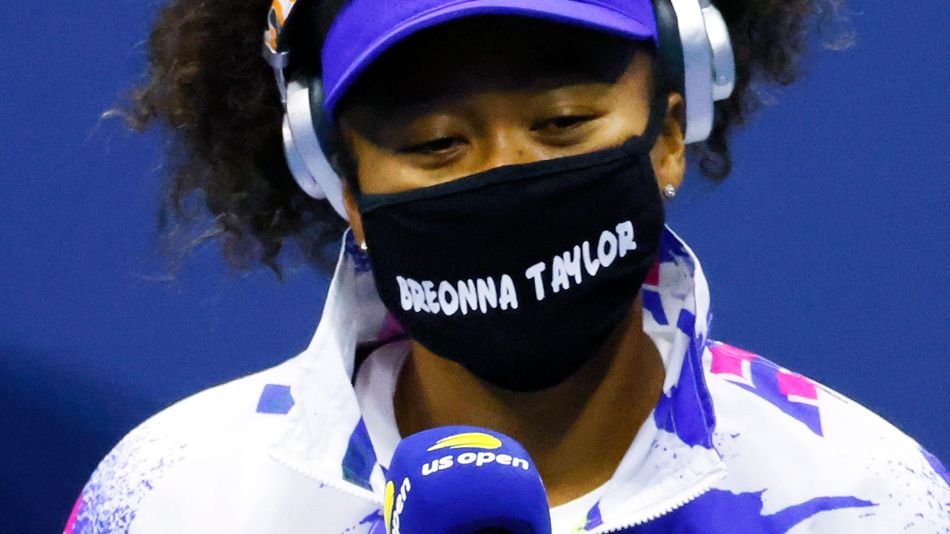 Tennis star Naomi Osaka is using her platform to pay tribute to Breonna Taylor and spread awareness about racial injustice.

On Monday, during a match against Misaki Doi in the US Open’s first round, Osaka walked onto the court wearing a black face mask with the name of Breonna Taylor on it. Taylor, a 26-year-old Black woman, was fatally shot by Louisville police officers in March. Despite protests against Taylor’s death, none of the police officers involved have been charged. The tribute comes as people across the U.S. and the world reckon with racial injustice and police brutality.