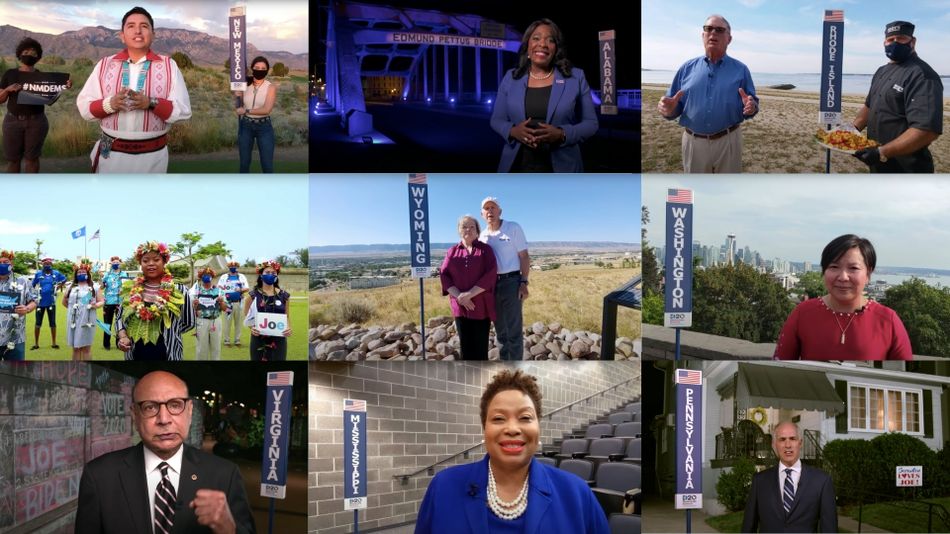 The second day of the Democratic National Convention has wrapped up, and in a true sign of the times we’re in, Joe Biden was formally nominated as the Democratic Party’s presidential nominee in a virtual roll call.

Local delegates from 57 states and territories “called in” to officially nominate Biden via video message, with some elected Democrats and others members of the public nominated by their state to make the announcement. Running in alphabetical order starting with Alabama and ending with Biden’s home state of Delaware right at the end, viewers were treated to a bona fide cornucopia of background staging choices behind each state representative. …