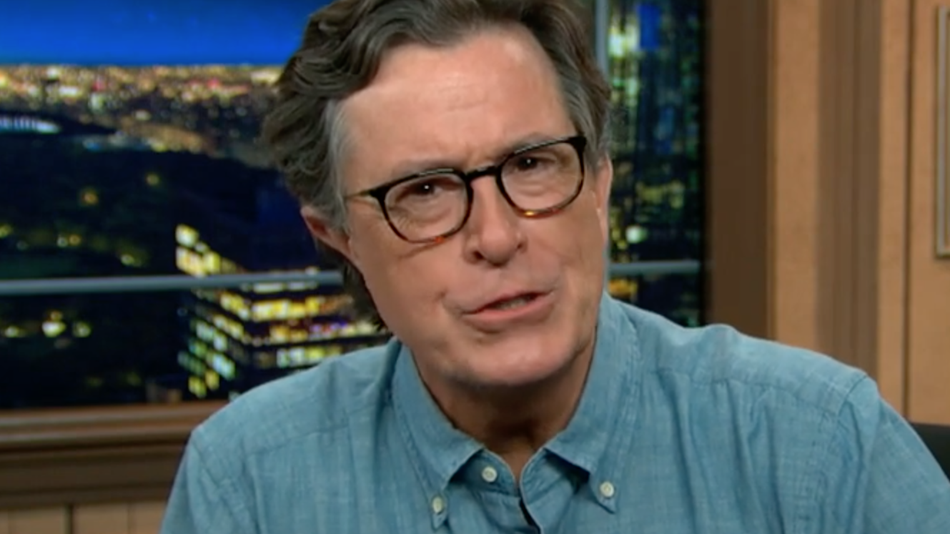 Stephen Colbert has had enough of the Republican National Convention.

He didn’t watch it on Wednesday, and on Thursday he only tuned in for the president’s speech — but that alone provided more than enough material for his live monologue on Thursday.

Starting out with a bit of green screen fun on Melania’s very colourful dress, the host quickly moved onto the president’s predictably odd address, starting with a clip of Donald Trump saying he “profoundly” accepts the nomination.

“Profoundly accept? That is a super weird choice of adverb,” says Colbert, before launching into his trademark Trump impression. “I searchingly thank you, I will tightly work hard to abdominally earn it.” …