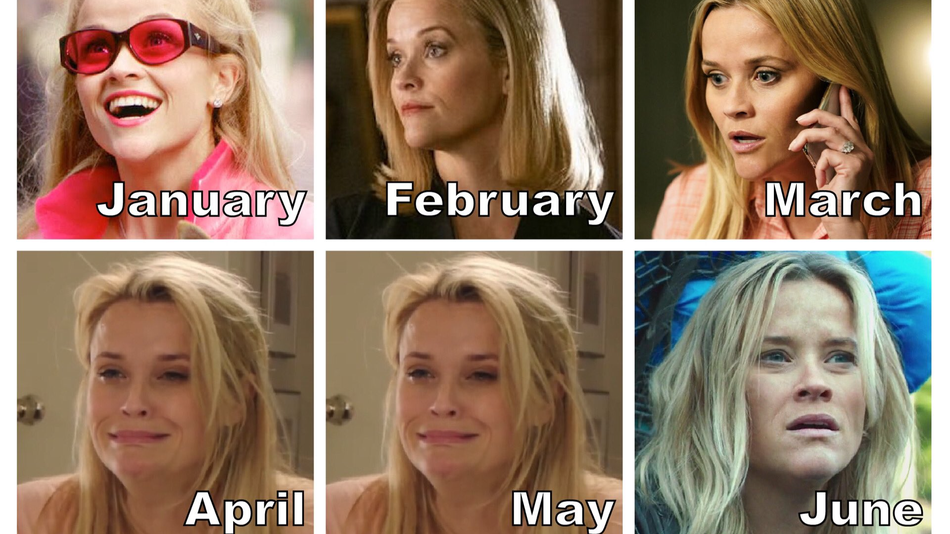 A whole new slew of horrors comes with each month of 2020, and those horrors inspire some hilariously sad memes.

There’s been depressing and relatable memes about Zoom fatigue and losing all concept of time, and now, thanks to Reese Witherspoon, a new 2020 mood meme is making the rounds on Twitter.

The meme, which I refer to as a “2020 Mood of the Month Forecast,” shows a grid of nine photos. Each photo is labeled with a month of the year, and in the photos get increasingly more dramatic as time passes.

The January photo is all well and good. The February photo shows a spark of concern. And from March to September, everything visibly goes downhill. (It’s unclear why the meme ends after September, but we’re hoping it’s not a sign that the world will be ending before October.) …