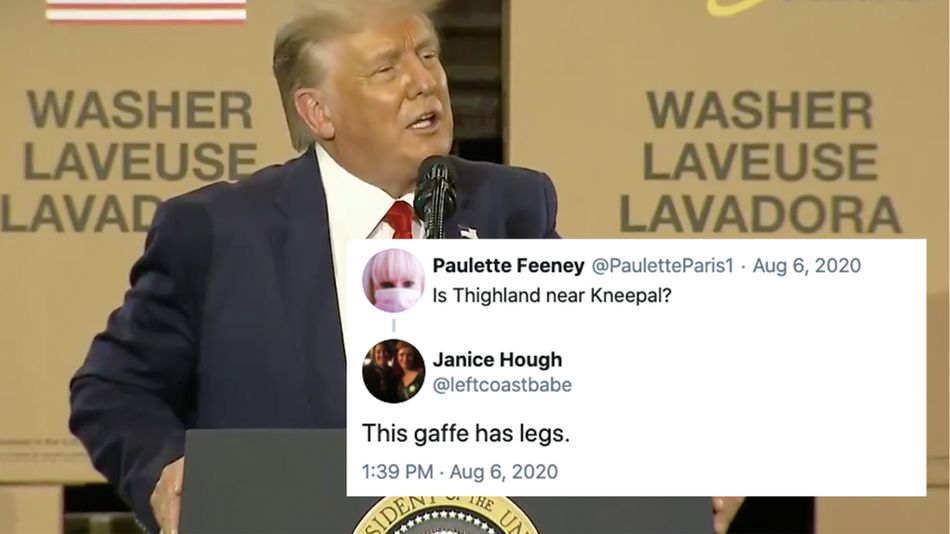 During a campaign event in Ohio on Thursday, the president mispronounced Thailand as “Thigh-land.”

“Shifting production to Thigh-land,” Trump said during the speech, before correcting himself. “Thailand and Vietnam, two places that… I like their leaders very much.”

Here it is in all its glory:pic.twitter.com/PgTRnHpAA8

It was only a matter of time before Twitter users began churning anatomical puns.