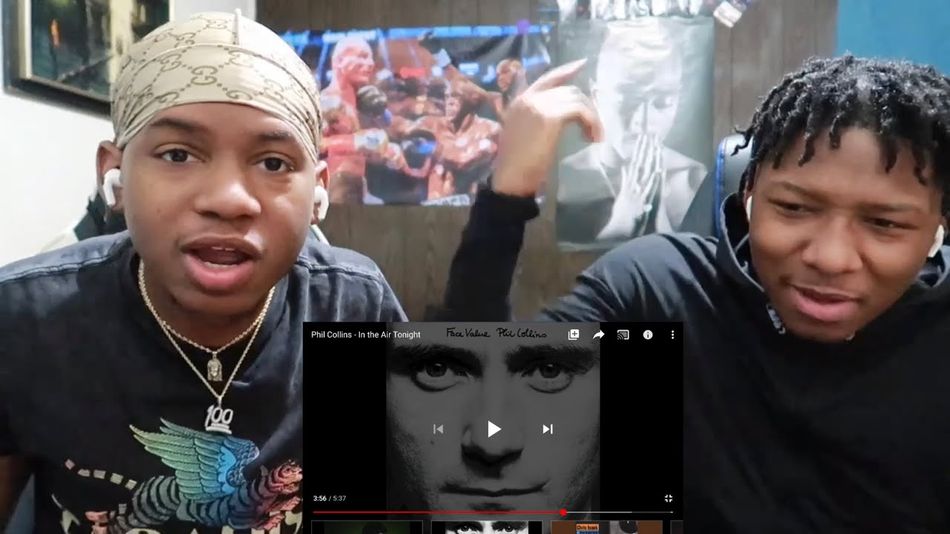 You’ll always remember your first…time listening to Phil Collins? These two will, anyway.

On July 27, twin YouTubers Tim and Fred Williams — known for their hilarious reaction videos to classic songs like Dolly Parton’s “Jolene,” The White Stripes’ “Seven Nation Army,” and Tom Jones’ “I’ll Never Fall in Love Again” on the channel TwinsthenewTrend — gifted the world documentation of their first outing with “In the Air Tonight.” Naturally, it’s the drum break that gets them.

“OK Phil!” the teens agree, while recovering from the 40-year-old banger. “He killed that, bro.”

Now, their reaction video is sporting nearly 1.5 million views and Collins’ hit has mysteriously resurfaced on the iTunes charts. The video’s comments section is filled with a slew of ambiguously aged humans congratulating the pair on this right of passage and reliving one of the greatest surprises in musical history. Who says boomers and bébés can’t get along? …